In your Remote Labs Kit, you've probably received the Muscle SpikerBox Pro and Heart&Brain SpikerBox. But can you actually combine them together and produce data containing  both EMG and EEG signals.

Steps described below will exactly show you how you can achieve that.

2. If you're using a PC, plug in the Muscle Pro with USB cable into one USB port and H&B SpikerBox into another USB port, like shown below, and turn them ON. 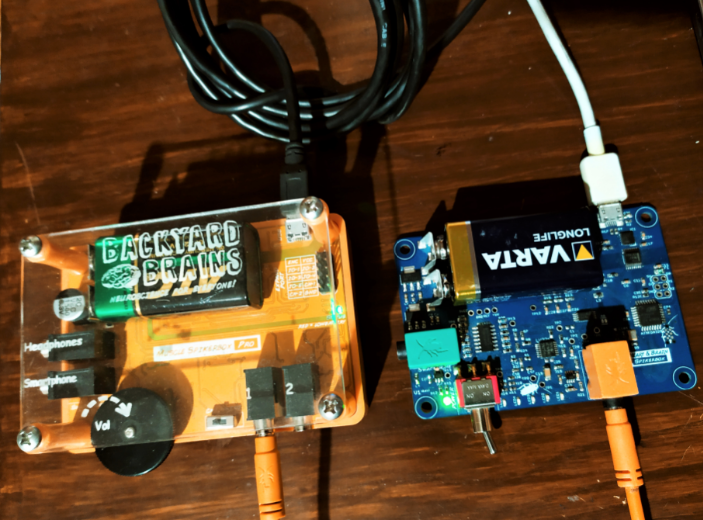 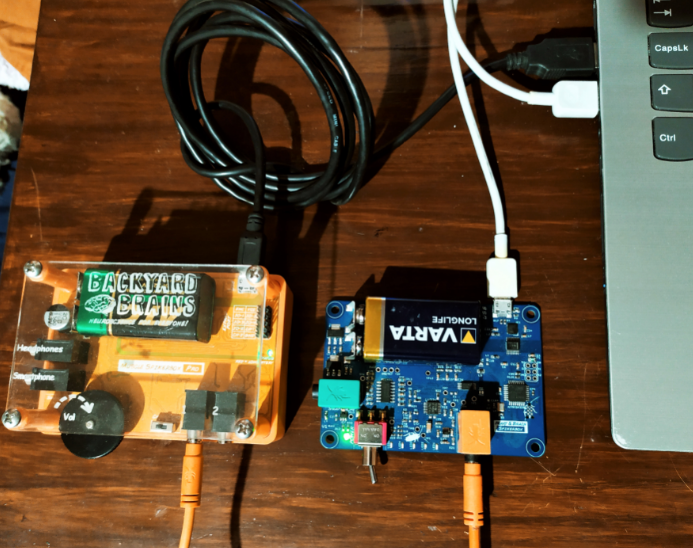 3. Your PC should automatically pick up those USB connections by giving a short sound. Now head into Spike Recorder and what you'll see is that, it recognized both of the boards by showing EMG Pro and EEG/ECG symbols right next to the FFT button. 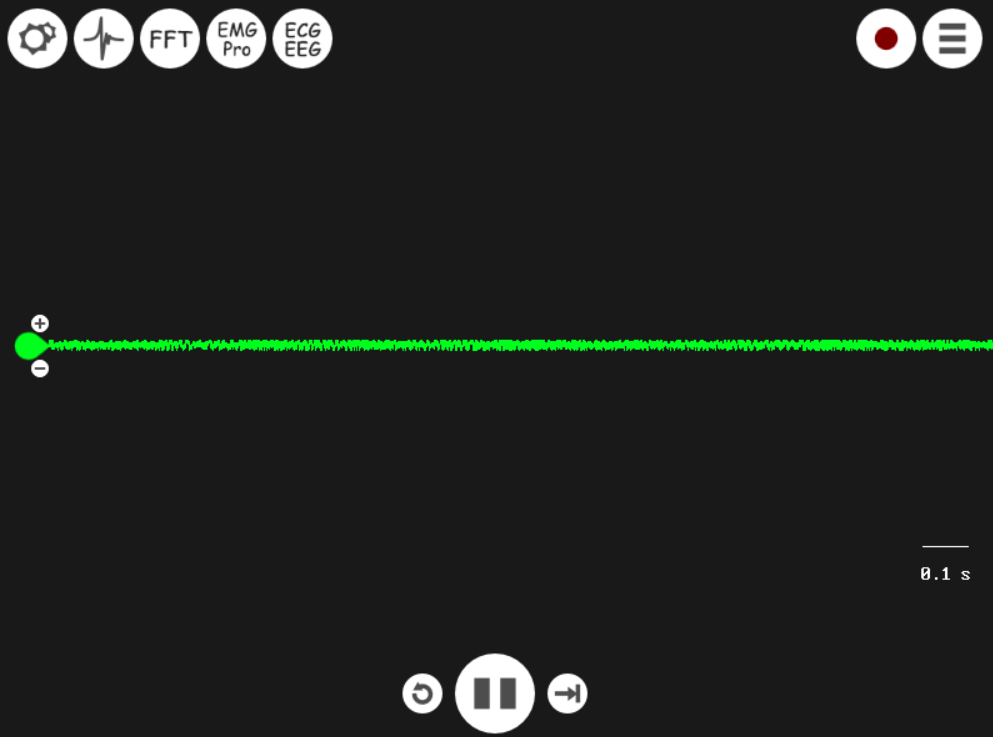 4.What you'll do instead is open again the Spike Recorder as separate window, in which you'll have your H&B SpikerBox or Muscle Pro connected or vise versa.

5. Now, you can record your data by click the Red Record button in the upper right corner in both windows. When you finish recording, your data will be saved in this directory:

Documents>BYB>BYB_Recording_xx date of the recording & time. 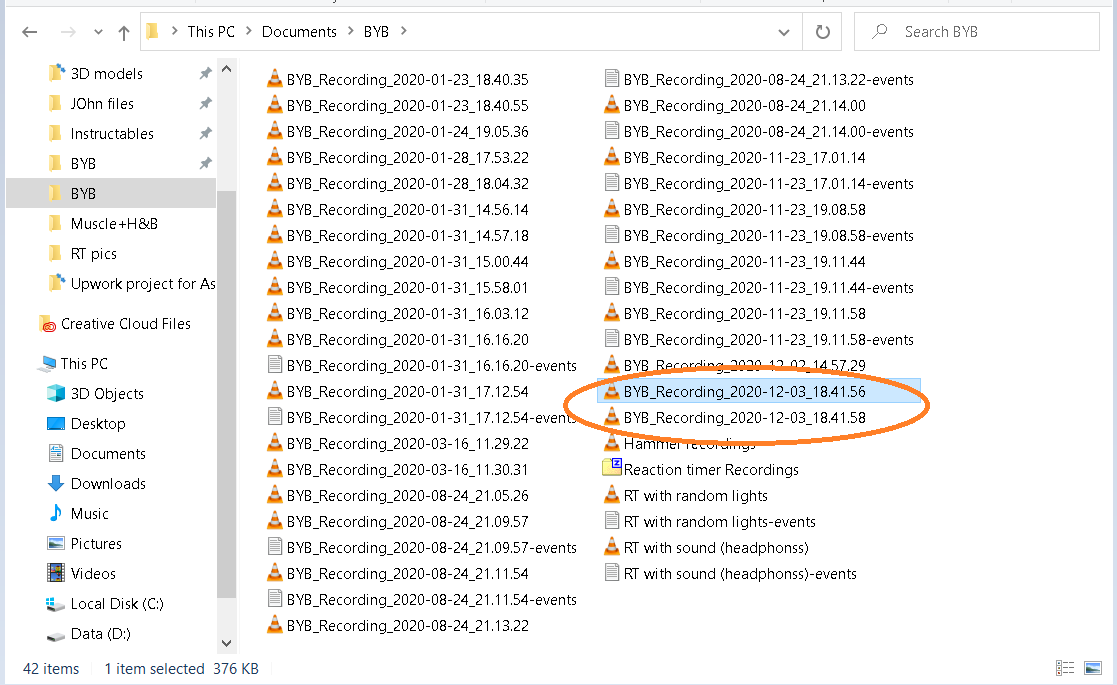 Since you have two Spike Recorder window, it is common sense that you'll have two separate recordings.

But how to actually combine them together?

6. That part you'll take care in an open-source audio editing software called Audacity. It's absolutely FREE and easy to use, making a perfect choice for you.

Open the Audacity and import your two recordings into the Workspace. 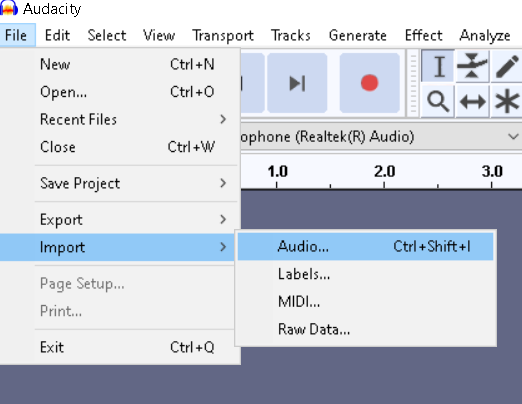 In this case, we've added the EEG data first, but it doesn't really matter. Both of these recordings imported into Audacity, behave like a Mono Audio Track, like shown below.

But don't go just ahead and Export those Audio Tracks. What you'll do is you'll merge both Audio Tracks into one and thus mixing all the data, making a messy file.

Instead what you'll have to do is to click on the name of first recording and a Menu will appear with different options. Click on Make Stereo Track

By clicking on that option it will put together those two Mono Audio Tracks into one Stereo Track, which contains both of the EMG & EEG data together without being mixed together.

Now, you can go ahead and Export the Stereo Audio track into .wav file. It's important to export it into that specific audio file format, because .wav is a raw uncompressed audio format which Spike Recorder loves to open and work with.

Then, choose the place where you want to have your file saved. 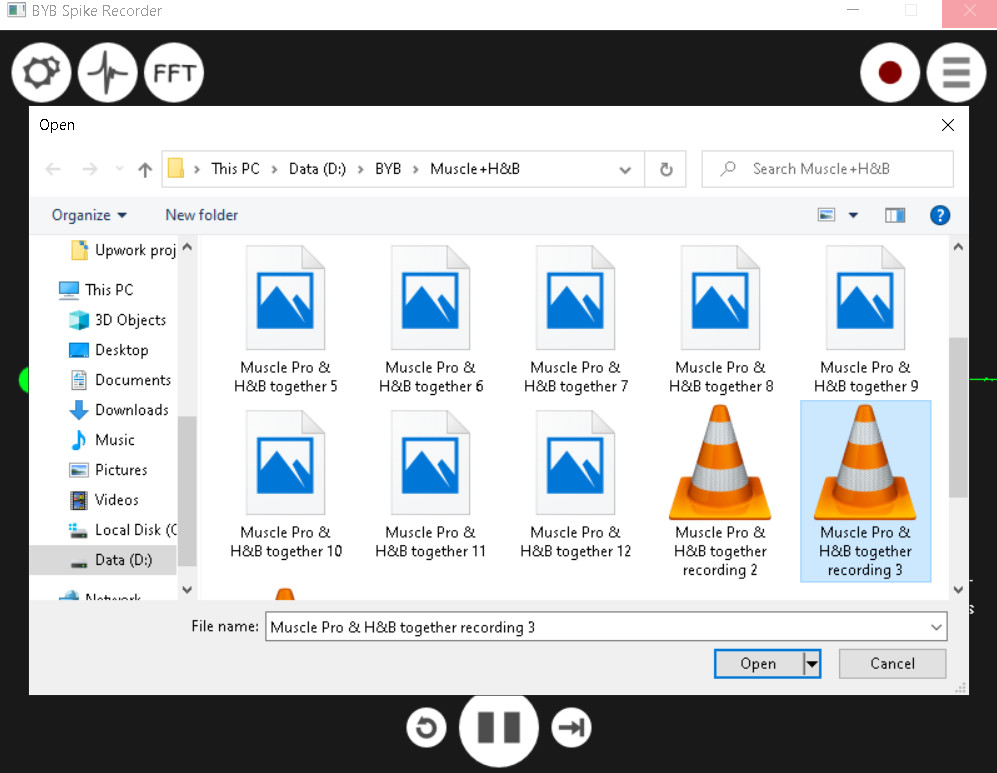 What you'll get is a two channel recordings, because you've made a Stereo Track back in Audacity, with one channel showing you EMG data and the other one showing you EEG data, like shown below:

Now, you can go ahead and study these signal with Signal Analysis tool or check RMS values on EMG data or FFT frequency for EEG data.


Also attached is the .wav file, as an example for your studies and future experiments.