How to combine two Muscle Spikerboxes together Print

There might come a time when you are constrained by your budget or challenges of your experiments, where you would need have two channels instead of one.

We've received a couple of mails from our fellow scientist, who were able to combine two Muscle SpikerBoxes together and record two channels at same time. Now, below you can find steps describing you how to do it and soon you can expect a video showing you how we did it. Note that this is still a concept idea and these steps are yet to be tested & recorded in a video.

1. Where you want to start is from the AMP2B node. This node is the exit/output from the TLC2272344 Amp which acts as a 220x gain Amp and a High-freq. band pass filter.

Also, that's the place where the 3.5 audio connector is plugged in and connected to your device.

2. Then, you'd need to solder a wire to that AMP2B node on both boards and connect them into one TRRS 3.5mm audio connector. But also you would need to solder both grounds from the boards into one common one which will be the ground pin on the 3.5 audio jack.

3. Once you've finished soldering plug in the 3.5 audio jack into your device and open the Spike Recorder. In it go to Config Menu and select the color of channels ie. types of inputs it recognizes. 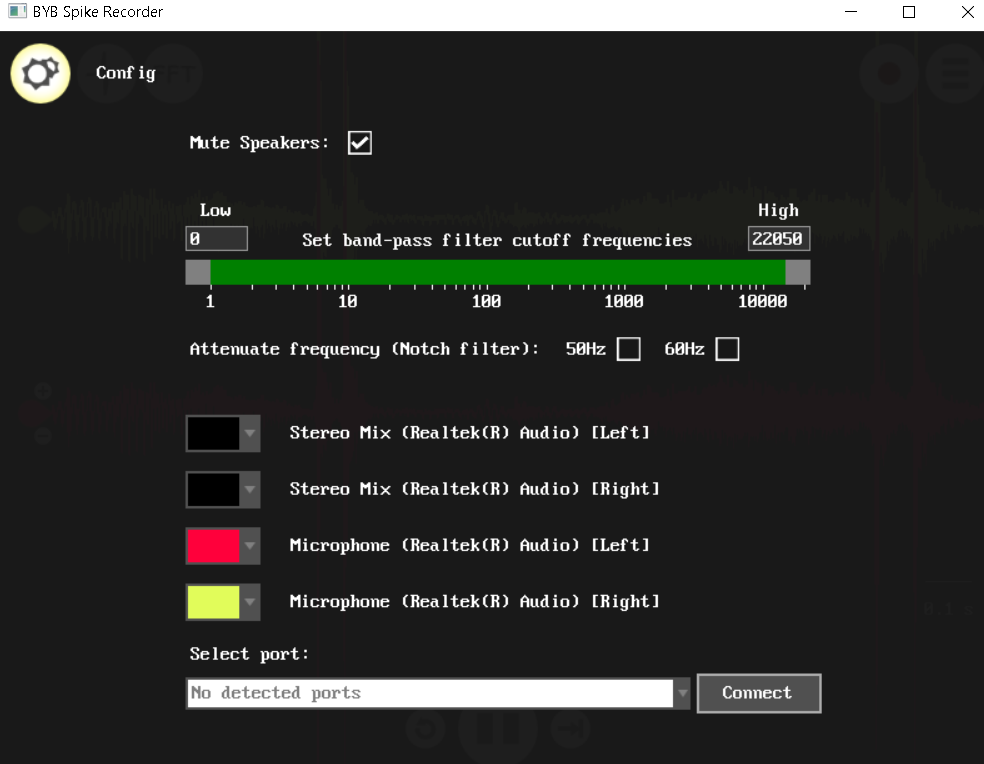 J
John is the author of this solution article.